Founded in 2013 Hannah has been the founder and driving force behind Hiver, an all-British craft blonde beer, brewed with both urban and rural honey. It doesn’t take long in her company to realise just how much this beer means to her.

In her own words the aim of Hiver was “One beer. Done well.” and oh boy is there some attention to detail in this beer.

Bees forage up to three miles from their hive and the plants that they pollinate is evident in the honey that they produce. “Understanding that is central to the development of Hiver” explains Hannah. Three different types of raw honey are used. London bees provide citrus, mint and elderflower notes whereas orchard bees provide an apple blossom taste. The fragrance is down to some Yorkshire heather honey.

The result is a beautifully pale, aromatic beer with a crisp, dry finish. This is also a beer that pairs exceptionally well with food (think crispy pork belly or a tangy goats cheese dish). This is a great beer for those people whose normal tipple is a crisp white wine.

In having this beer you are also drinking a bit of beer history. Long before hops became a dominant source of nose and flavour, honey would have been used. With the added benefit that the natural sugars would increase the alcohol content.

Hiver Beer can be found on the menu in Tom Kerridge’s Hand & Flowers Pub (the only pub to have two Michelin stars). That sort of thing doesn’t happen by accident.

Hiver Honey Beer is a delicious blonde made using honey from British bee-keepers, which is added at the fermentation stage.

This is a crisp and refreshing blonde beer, brewed with three honeys: apple blossom honey from Kent, urban London and Yorkshire heather. 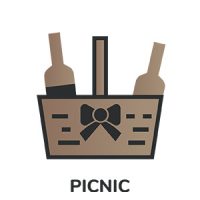